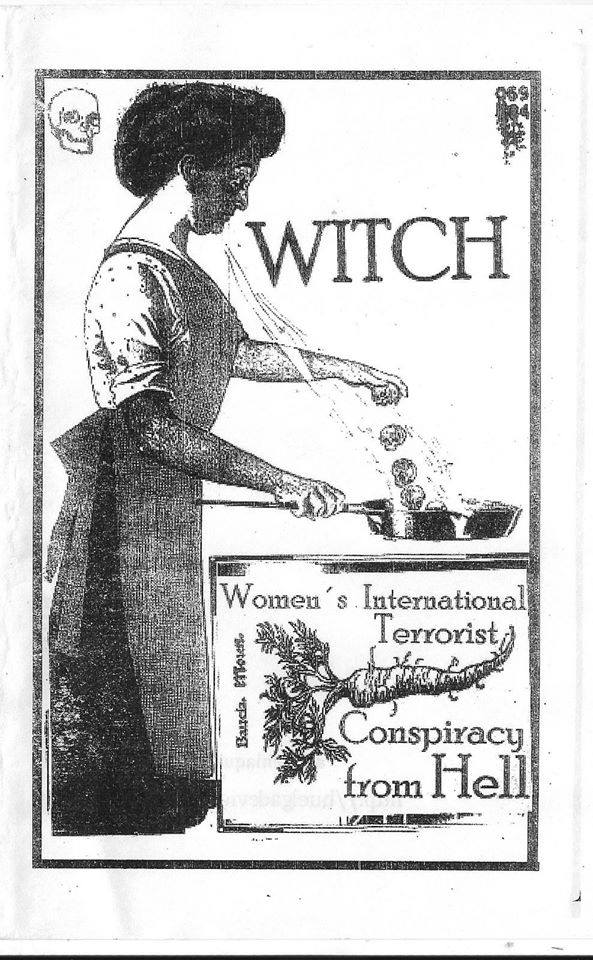 Join us & Ladyfest Manchester for the resurrection of W.I.T.C.H (Womens International Terrorist Conspiracy from Hell) and the first gathering of the MCR branch, the newborn feminist wing of Partisan Collective.

On the eve of Tuesday16th August we will come together for a screening of the newest contribution to western feminist folklore: The VVitch (2015) by Robert Eggers

‘Set in the 17th century, and subtitled A New England Folk Tale, Eggers’ film follows a devout family plagued by strange and grisly happenings on the edge of a dark and tangled wood.

In its opening scene, we see the family drummed out of a religious commune on a charge of blasphemy – although the sneering rebukes launched by William (Ralph Ineson), the father, at the community elders, suggests he may just be too puritanical, even by Puritan standards.

Moreso than Ineson’s patriarch, The Witch is about his teenage daughter Thomasin (Anya Taylor-Joy), particularly her feminine power and burgeoning sexuality, and the prevailing negative attitudes of the time towards both. As such, Thomasin bears the brunt of the finger-pointing when the diabolic kicks off. The film’s witch is a vessel for the characters’ fears and desires, but Thomasin’s femininity is the true horror to behold.’

There will be a bar 🙂

Some background info on W.I.T.C.H: https://en.wikipedia.org/wiki/Women%27s_International_Terrorist_Conspiracy_from_Hell