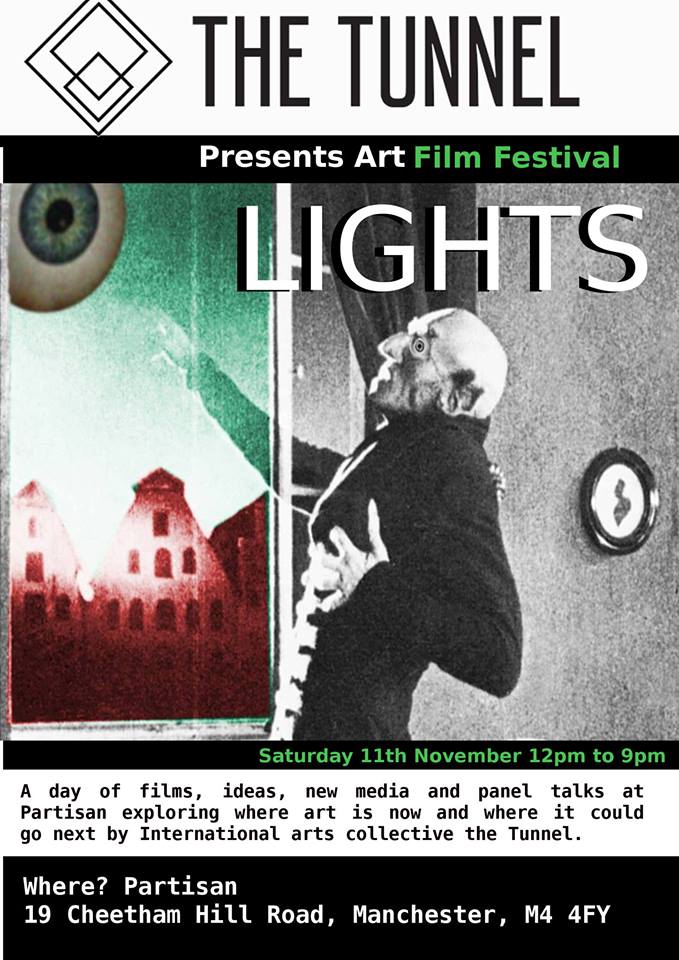 Lights Art Film Festival is a event showing contemporary film, new media and digital media made by members of The Tunnel, all to explore the question of where are we now, where we can go next and looking at possible avenues that art and technology can interrelate in the future, from the political, to the social, the revolutionary and the scientific and the subversive.

It will feature film screenings, talks and discussions during the day, as well as tech demos of projects from out artists at the Tunnel, and all are welcome to come along, ask questions and participate in creating our visions of a modern renaissance in both the arts, and the world of engineering and Science.

Major films to be screened include our manifesto film for the 21st century, and various works by multidisciplinary artists, including: