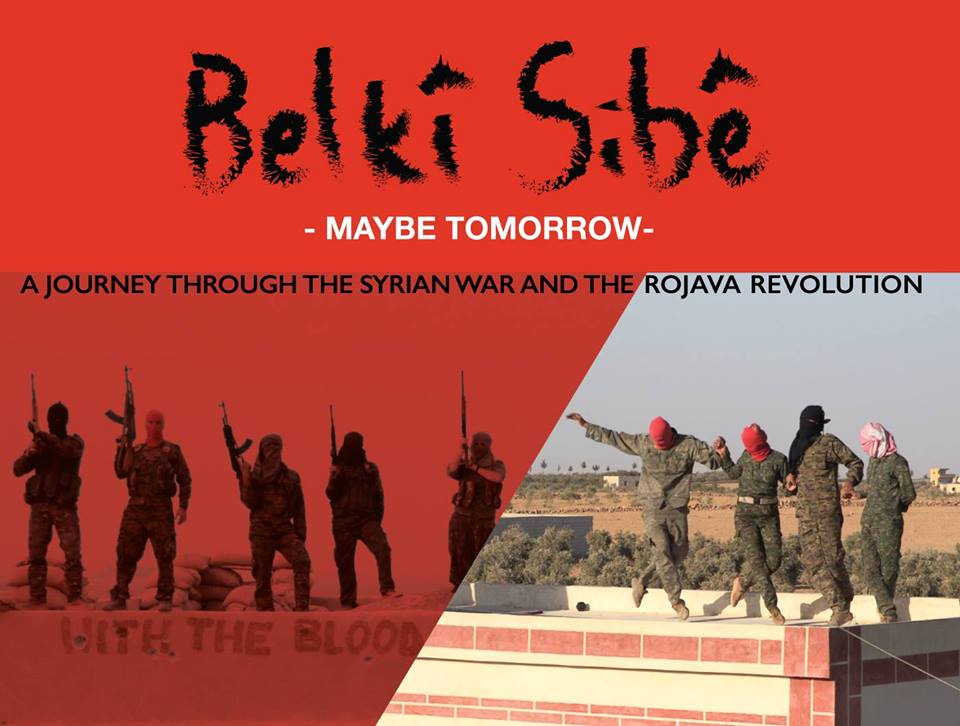 Belkî Sibê (Maybe Tomorrow): A Journey Through War and Revolution, created by Alexis Daloumis and the Shadow Crew is an upcoming documentary film project based on the experiences of international volunteers who journeyed to the Democratic Federation of Northern Syria (Rojava) to assist and defend the revolution.

Part of a U.K wide tour this session features a presentation and Q&A with Alexis Daloumis about “Belki sibe (Maybe Tomorrow): A Journey Through the Syrian War and Rojava Revolution”, a documentary film by Alexis Daloumis and the Shadow Crew, about the war against ISIS in Syria, and the Rojava Revolution. It covers the period from the battle of Manbij (summer 2016) until the liberation of Raqqa city and the destruction of the so-called Islamic State’s “Caliphate” (October 15, 2017) and the December 2, 2017 elections. It has been produced by internationalist volunteers and all the people that helped in many ways along the way.

There will be a recommended entry donation of £5, as well as affordable merchandise, to raise money for the production of the film.

Belki Sibe contains footage from operations and defensive battles the director fought in (Manbij, Raqqa, Tabqa), as well as from everyday life in the rear, special occasions, celebrations and ceremonies. There are a large number of interviews from people of all backgrounds: high ranking officers, soldiers, politicians, civilians, Kurds, Arabs, Internationalists, Turkmen, Syriacs, etc.

There is a vast amount of material, and the processing requires a lot of labour from various skilled professionals to complete the film. The more money we can raise in this campaign, the more people can be employed to this end. As well as the standard requirements of post-production, festival fees, supplementary footage, and translations are needed. We are planning to give this work to Kurdish and Arabic speaking refugees, and we want to able to pay them well.