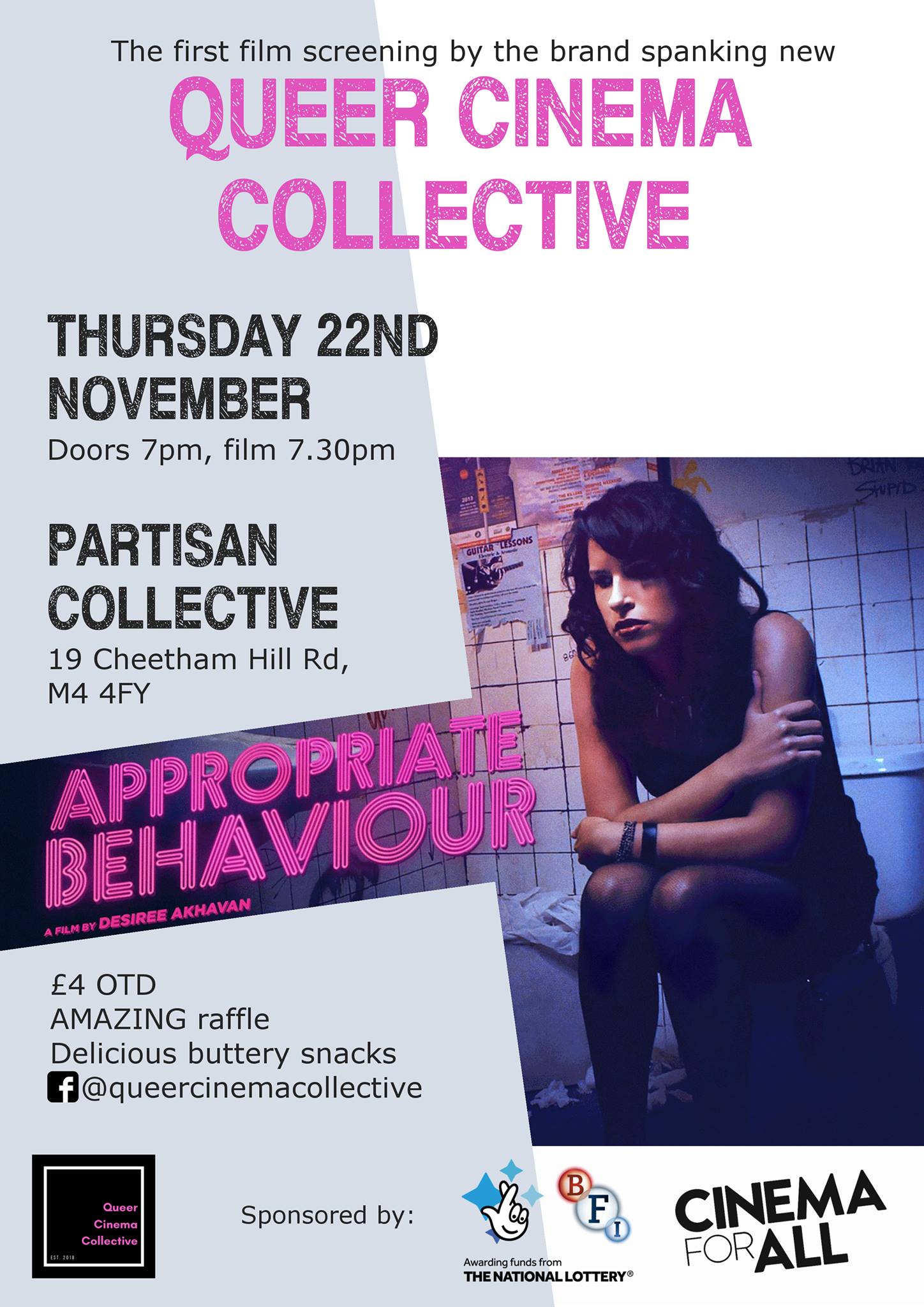 This is our first event so come along and get involved

We’ll have a raffle, where you can win MIND-BLOWING prizes. And you can buy delicious snacks to stuff your faces with during the flick [insert lesbian joke].

We’re a group of queer women in Manchester, and we love watching films. We want to set up a regular queer D.I.Y. cinema. We want to prioritise screening films about groups that are underrepresented within and beyond queer cinema. In particular, we want to give special attention to women directors and feminist and LGBTQ+ selections, as well as movies about and/or by people of colour. We love independent features, documentaries, and foreign and festival films. However, we absolutely don’t shun Hollywood. We also schedule films that aren’t overtly feminist and/or political – but make for great viewing anyway.

In a nutshell – we want to create an inclusive space, where we can watch movies together, and have a good time. And this isn’t an academic space by the way – you don’t need a fancy degree in Cinema Studies.

D.I.Y. programme:
This is your space, and we want it to be run by our members – from picking the films, setting up the projector, taking tickets on the door or running our facebook/twitter. So get in touch if you want to get involved.