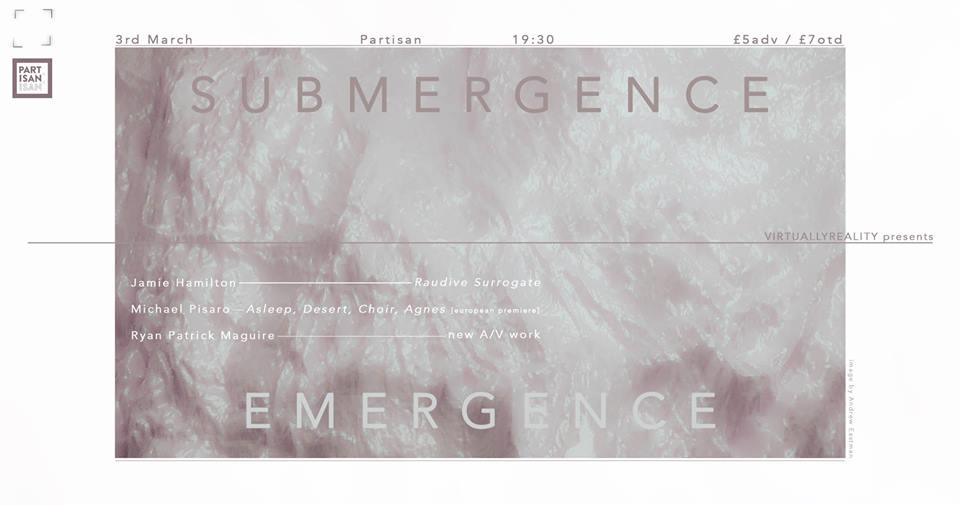 VIRTUALLYREALITY presents an evening themed on the submergence/emergence of pitch and voices within noise. We open with a new work from Virginian composer and sound-artist Ryan Patrick Maguire, whose work as ‘The Ghost in the mp3’ constructs detailed, arabesque works out of the sounds lost in .mp3 compression.

Finally, fresh from presenting Robert Ashley’s ‘Public Opinion Descends Upon the Demonstrators’ at the London Contemporary Music Festival, we invite London-based composer, performer and mixed media artist Jamie Hamilton to perform ‘Raudive Surrogate’. A sixty-minute multimedia work that partly ruminates on Konstantin Raudive’s ‘Breakthrough’ – a book proposing that radio static contains subliminal communication from the afterlife – ‘Raudive Surrogate’ heralds technology as a host for our own desires, and expresses our total, unarguable submersion within it.