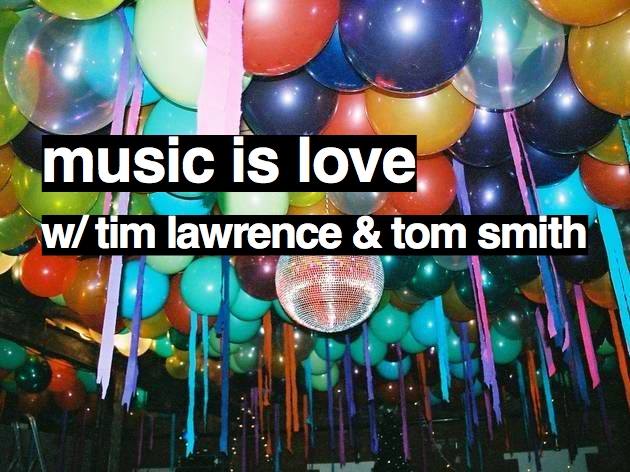 Music is Love: the culture and politics of community audiophile parties

When David Mancuso reflected on his long running party The Loft, he said that “the core idea is social progress.” The Loft was foundational to dance culture, and had an immense impact on people who would shape it from the seventies onwards. Its dancefloor was legendary for its communal atmosphere and progressive values – as well as its exceptional soundsystem.

While the precise contours that gave rise to the astonishing scene of New York during the 1970s and 80s have disappeared – today Mancuso’s influence across the world is perhaps bigger than ever. His ideas and practices about parties, collective joy and good sound are as true today as they ever were, and the sense that music can stand as a powerful force for social progress is as necessary now as it was on Valentines Day 1970 when he first invited people into his home to dance.

Here in the UK today there are a wave of parties, organisations and collectives that show this influence. Lucky Cloud, Beauty and the Beat and now All Our Friends in London, Cosmic Slop in Leeds and Partisan’s own parties here in Manchester all stand in this tradition.

Why is this culture so important? What is the role of networks, of free collaboration and co-operation in building and sustaining it? And with MAP Charity threatened by redevelopment and venues such as the Total Refreshment Centre in London closing, what does the struggle to protect and extend this culture look like?

Join Tim Lawrence and Tom Smith to discuss all this and more! We’ll see you there.

Tim Lawrence is professor of Cultural Studies at the University of East London and author of three books detailing the New York dance and music scene of the 1970s and 80s including the profound influence of Mancuso and the Loft. He along with Mancuso and others set up the Lucky Cloud party, which this summer celebrated its 15th birthday!

Tom Smith is the director of MAP Charity, a Leeds based organisation that delivers music and arts education to young people at risk of exclusion from mainstream education. MAP is home to Cosmic Slop, a party centred on a soundsystem that Tom built inspired by the systems that shook NYC in the 1970s and 80s.

This event is part of a month of solidarity events across Manchester for MAP Charity. MAP is under threat from having their building turned into luxury flats – and here in Manchester we’re extending a friendly hand of support across the Pennines to help them in their campaign to save their building and transform it into a creative community hub, safeguarding their long term future. Get involved!